On the outskirts of Brussels, surrounded by woodland, lies a magical 12th century Château – Groot-Bijgaarden Castle.

The cobbled road, worn by the wheels of many carriages, leads across the moat, through the 14th century Gatehouse, turrets on either side telling tales of its past history.

A stroll in the parkland of this picturesque Chateau is worthy of a visit alone, but in Spring it is ablaze with the colours of one million tulip bulbs. This is the Floralia festival held in April/May each year.

Timing is everything with bulbs. Last year I visited in May to admire the tulip colours; the same time this year, after Belgium’s warm Spring, the tulips were almost finished but the rhododendrons were ablaze. 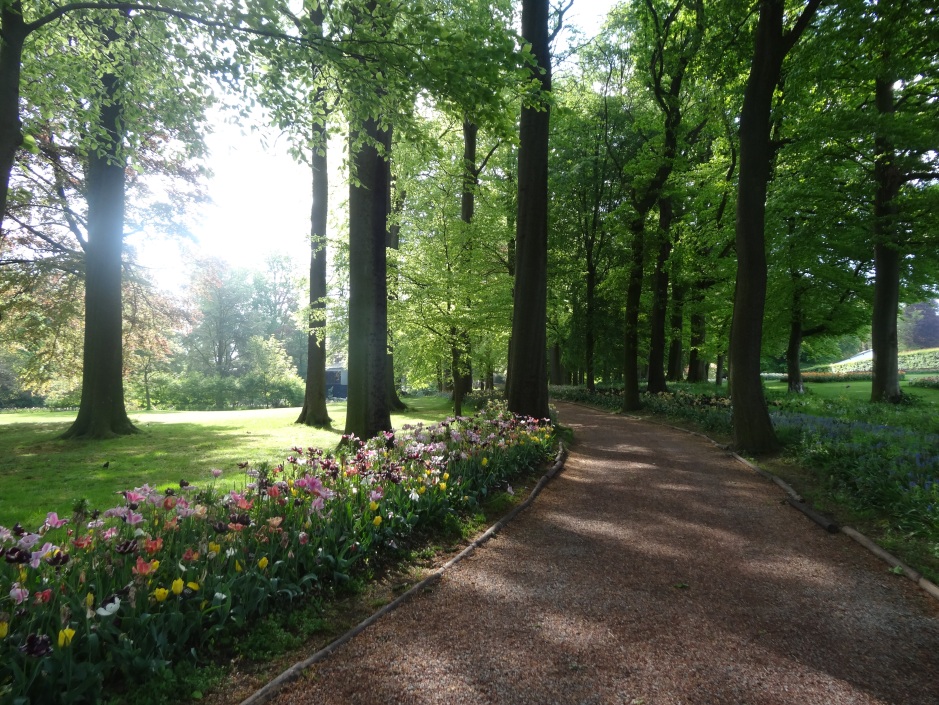 Walking in the rhododendron dell, next to the orchard, all the senses were assailed – colour, scent and the loud hum of hundreds of bees. 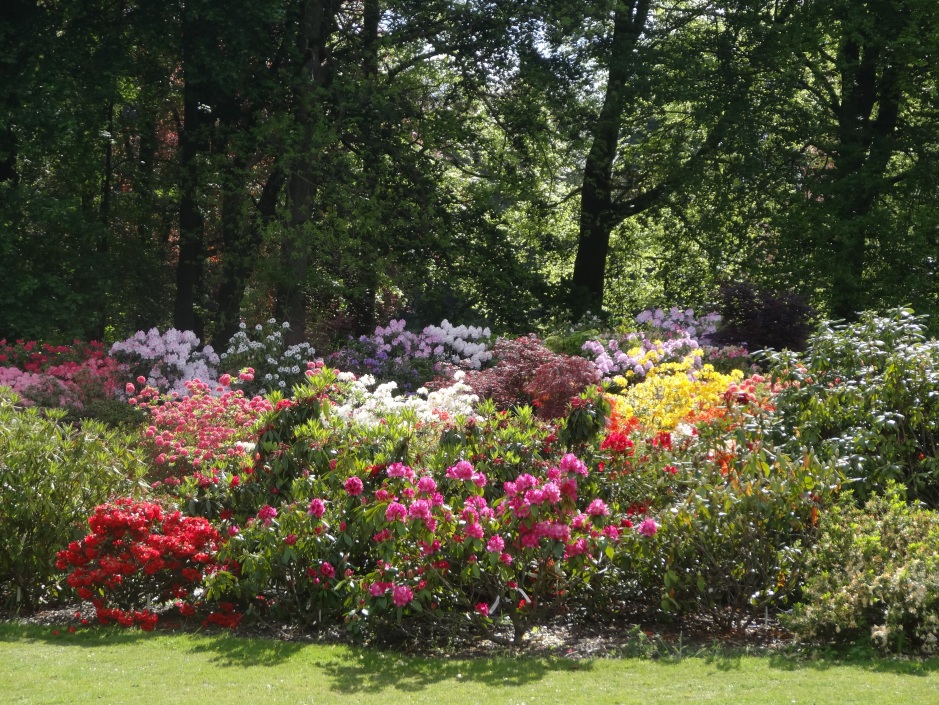 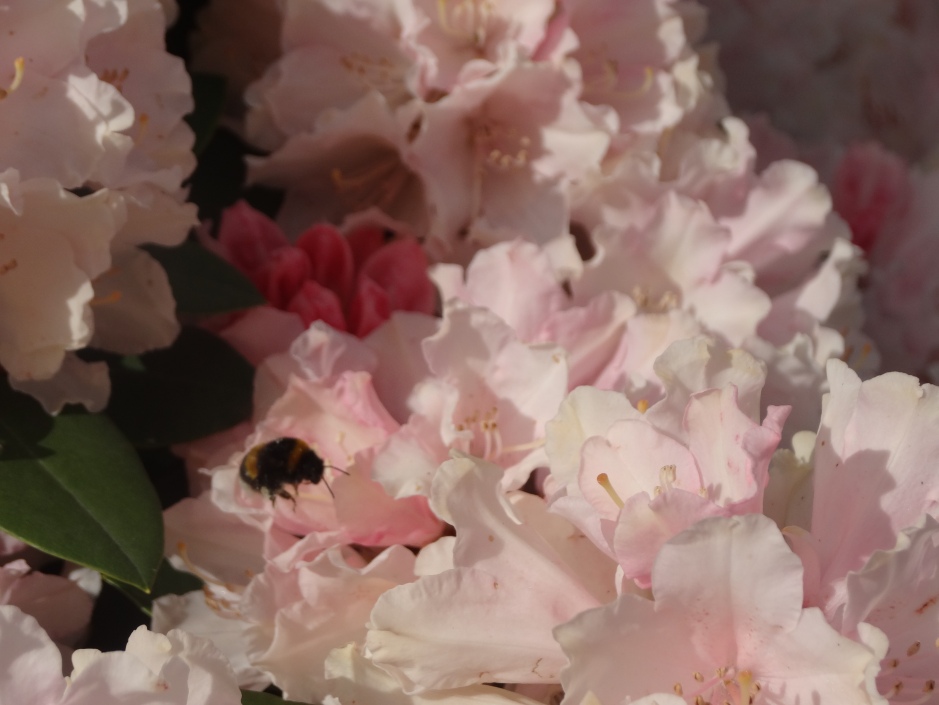 This year, in the more formal sunken garden, the trees have been heavily pollarded and stand like living sculptures.

There are hints here and there of the garden’s past history – stone steps, archways and rose-entwined pillars… or perhaps these are simply placed there to be suggestive of that past history.

The origins of the Castle/Chateau date back to the 12th century, but over time, it became quite dilapidated until renovations began in the early part of the 20th century. The gardens and the 14 hectare park were landscaped by Louis Fuchs, designer of many parks in Belgium, at that time too. 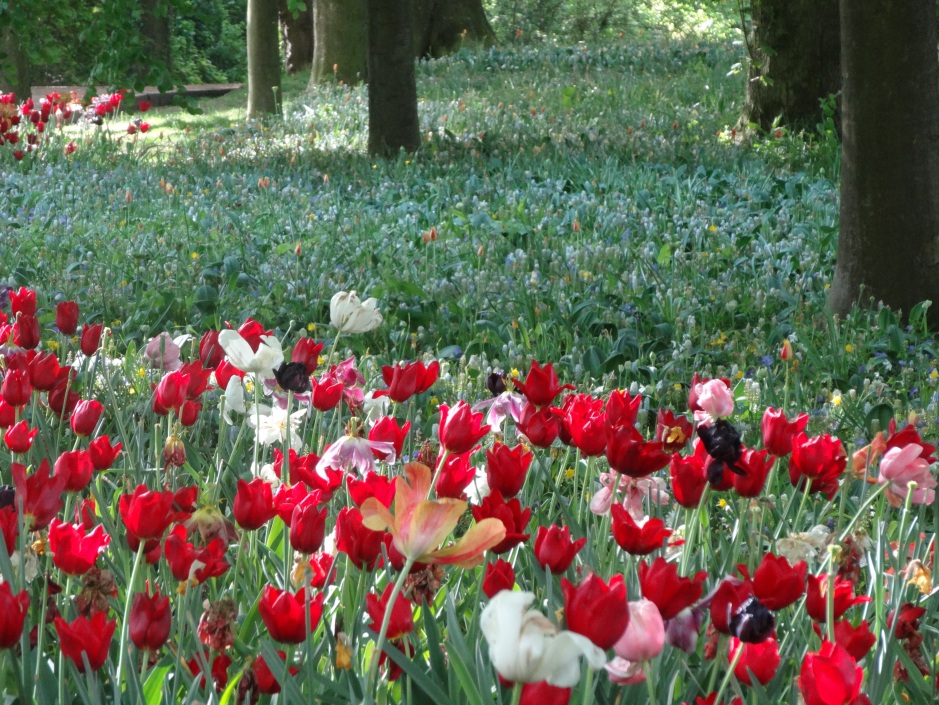 The Chateau is built in the Flemish Renaissance style, of red brick with white stone mullioned windows and a blue slate roof. It is exceedingly picturesque, with a tower and integral Chapel on the right wing and a bulb-shaped roof on the left wing. I couldn’t help reflecting how appropriate that bulb shape was in the Springtime! 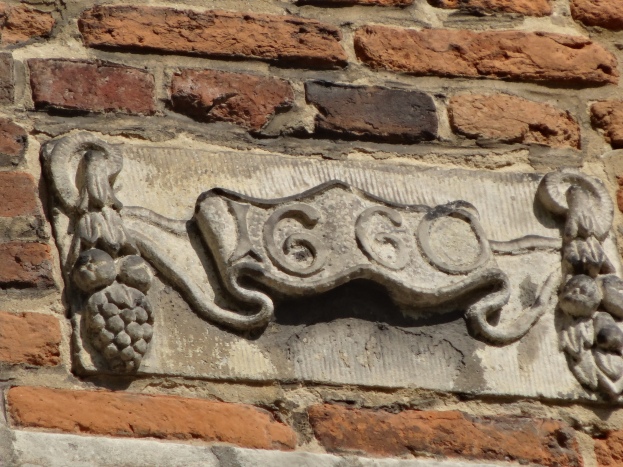 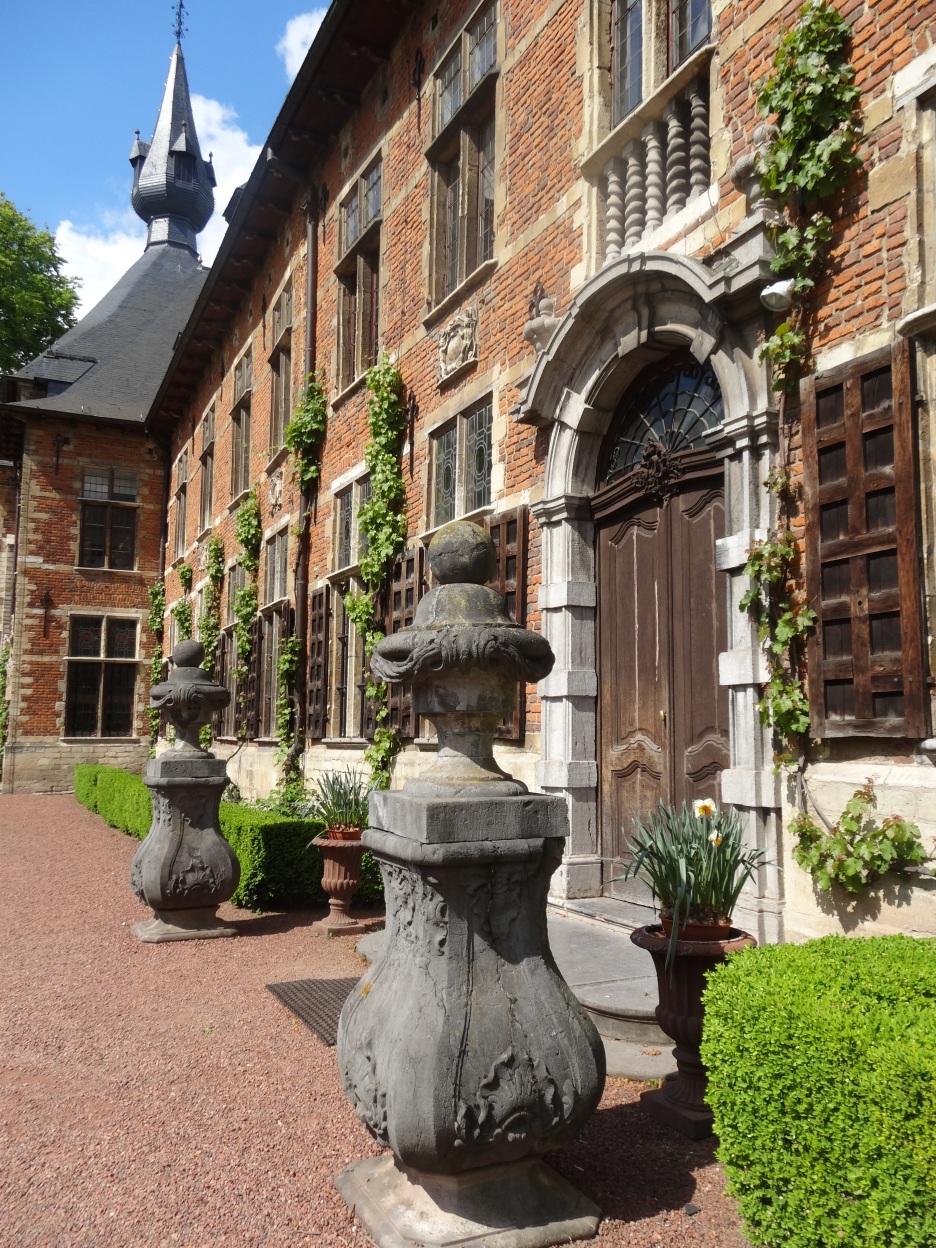 Nearby is a massive 30 foot high dungeon, built around 1347.

The Chateau is surrounded by a wide moat which is spanned by a lovely 5 arched bridge; in other places more rustic bridges span the water.

Inside the ancient Chapel, sacred music plays and one is assailed by the colour of orchids and the scent of lilies. 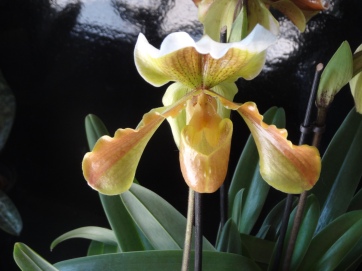 The formal garden of box hedges, topiaried balls and colourful formal planting lies within the moat and to the right of the Chapel. 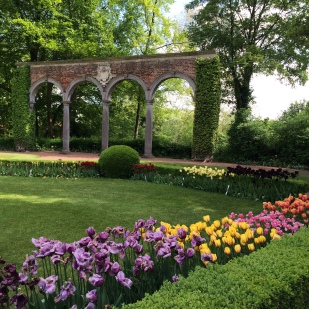 It is certainly worth a visit to the Floralia Spring Festival at Groot Bijgaarden/Grand Bigard if you are in Brussels – not quite on the scale of Keukenhof, but then none of the crowds either. 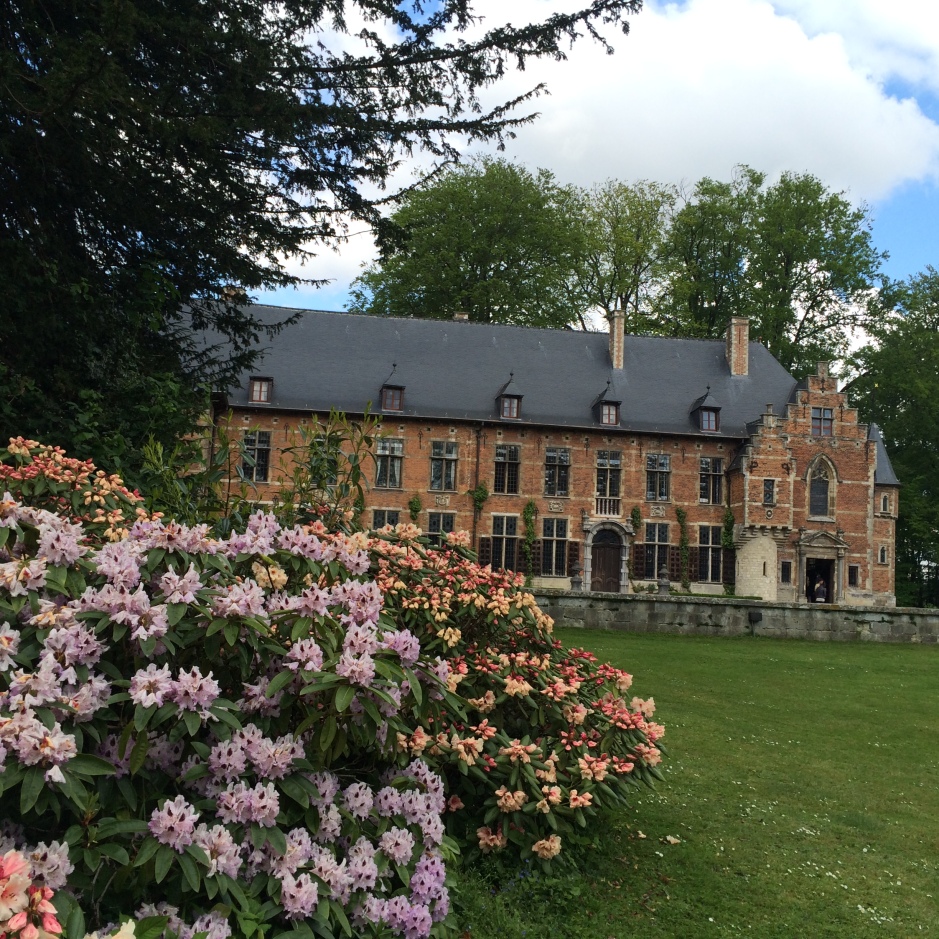