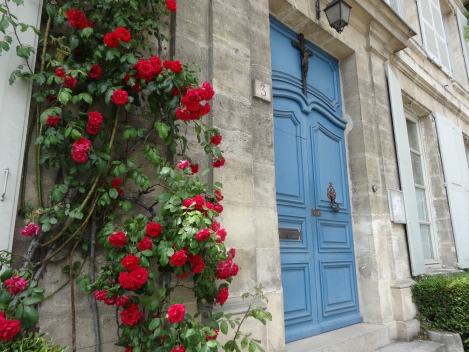 Roses are red…. and the shops are awash with all things red – hearts, flowers , chocolates. It’s hard to resist the pressure, tacky or sentimental though it might seem.

But who was St Valentine? And why is he connected with all things to do with love?

Apparently he was a 3rd Century Roman who assisted martyrs persecuted by the Emperor Claudius II, and performed marriage ceremonies in secret. Refusing to renounce his faith, he was beheaded on 14th February c.270. The truth is lost in time and, over the centuries, stories about various Valentines emerged. Interestingly, in ancient Rome, February 14th was the feastday of Juno, the goddess of women and marriage. Indeed, the timing is auspicious as springtime is the time associated with love .. or at least mating.

Roses are associated with St Valentine.

Here in Dublin we have our own story about St Valentine. In the early 19th century, a famous preacher who had worked amongst the poor and destitute here, was preaching in Rome. Pope Gregory XVI was so impressed that he reputedly gave him the remains of St Valentine to take back to Dublin, where they were placed in the Carmelite Church in Whitefriars Street. On the 14th February each year, the Reliquary is placed on the High Altar and the Blessing of Rings takes place and couples would come to pray for a harmonious life together.

St Valentine is the patron saint of bee-keepers, a very topical subject with concern about Colony Collapse Disorder.

Symbols associated with St Valentine include roses and also birds.

The British Trust for Ornithology knows that this is the season of “love”.  Its National Nestbox Week begins on 14th February 2015.

So why not buy/make your Valentine a birdbox ?

The pleasure it will give will last longer than that expensive bunch of red roses.

6 thoughts on “St Valentine’s Day, much more than red roses.”

The medieval side streets of Villeréal with the fortified 13thC church of Notre Dame in the background.
Heleniums - going for lots of cheerful “hot” colours in the bed near the potager, the yellows & rusts of Rudbeckia, sunflowers, Coreopsis mixing with lots of grasses, pennisetum & miscanthus with a dash of purple verbena bonariensis.
Harvested some tomatoes and onions, different varieties of each. Will start to bulk cook soup & sauces for freezer in the coming days.