Perhaps it’s my innate curiosity about gardens, but a glimpse through an archway or half-open gate always whets my appetite.

The view through to Wendy’s garden, Burtown House.

All gardens benefit from an element of surprise … a hint of something ahead which leads you on.

This could be a bench, just glimpsed, and draws you on to explore.

Or an ornament, sculpture or sundial placed as a focal point.

If all the elements of the garden can be seen at once, it may seem a bit dull – what’s the point of wandering further?

So try to add a little intrigue. Make movement around your garden desirable … a journey of discovery. 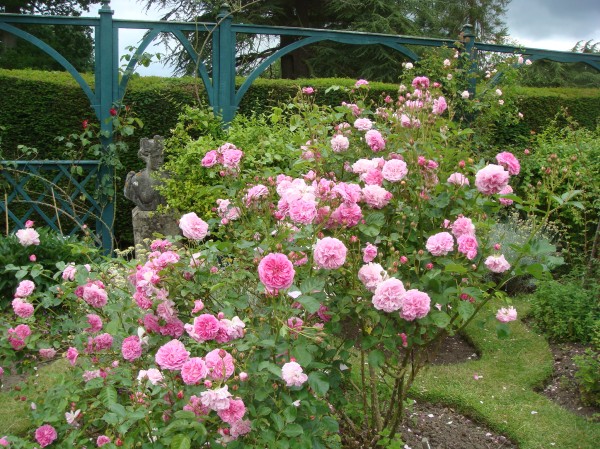 If your garden is large enough, it can be divided into “rooms”, separated by hedges, a wattle fence or trellis hung with climbers. This creates an air of discovery , rather than seeing the whole vista at once and, rather like the medieval  hortus conclusas, has the benefit of creating enclosed, contemplative spaces.

If this isn’t possible, a curving path disappearing out of view behind a screen of shrubs or fencing, suggests that the garden is more complex. 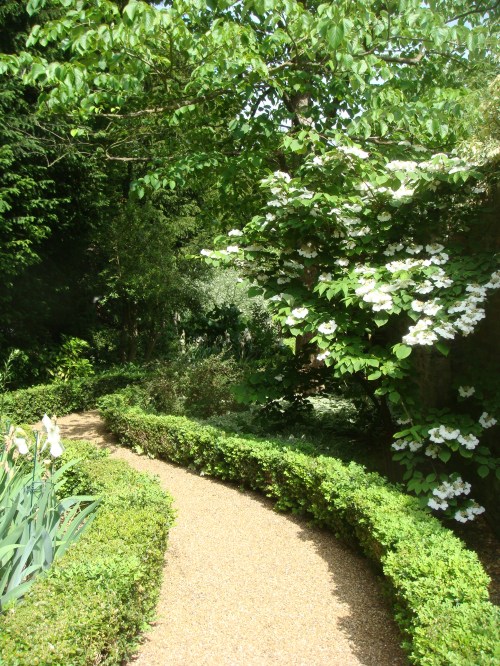 In his “Analysis of Beauty“, the 18th century artist William Hogarth suggested that curving S-shaped lines, the line of beauty, introduced vitality to a composition.

Even with the constraints of a Show Garden, the designer here has suggested a journey through the garden.

Even a city courtyard can suggest something hidden – perhaps a glimpse of seating behind planters full of swaying grasses.

“The Secret Garden was what Mary called it when she was thinking of it. She liked the name, and she liked still more the feeling that when its beautiful old walls shut her in no one knew where she was. It seemed almost like being shut out of the world in some fairy place.” (‘The Secret Garden’ Frances Hodgson Burnett). 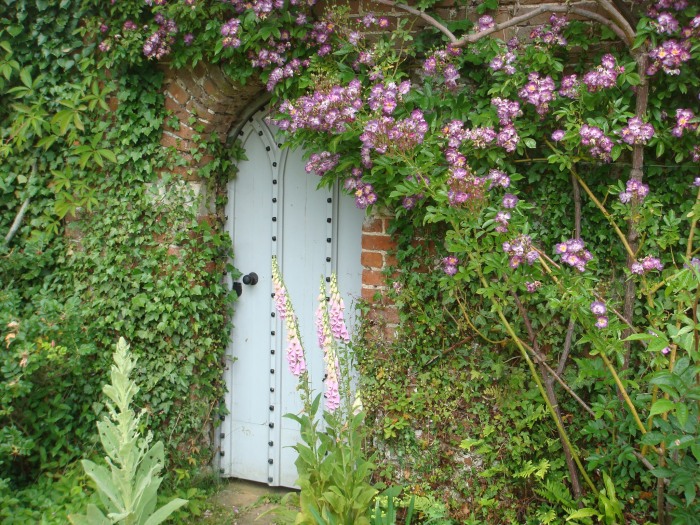 Perhaps it is the child in us still, the quiet place we can escape to.

So dress up a gate, it may only lead to the back lane but you can still clothe it in romantic roses … a suggestion of hidden spaces waiting to be explored.

14 thoughts on “Creating intrigue in a garden.”