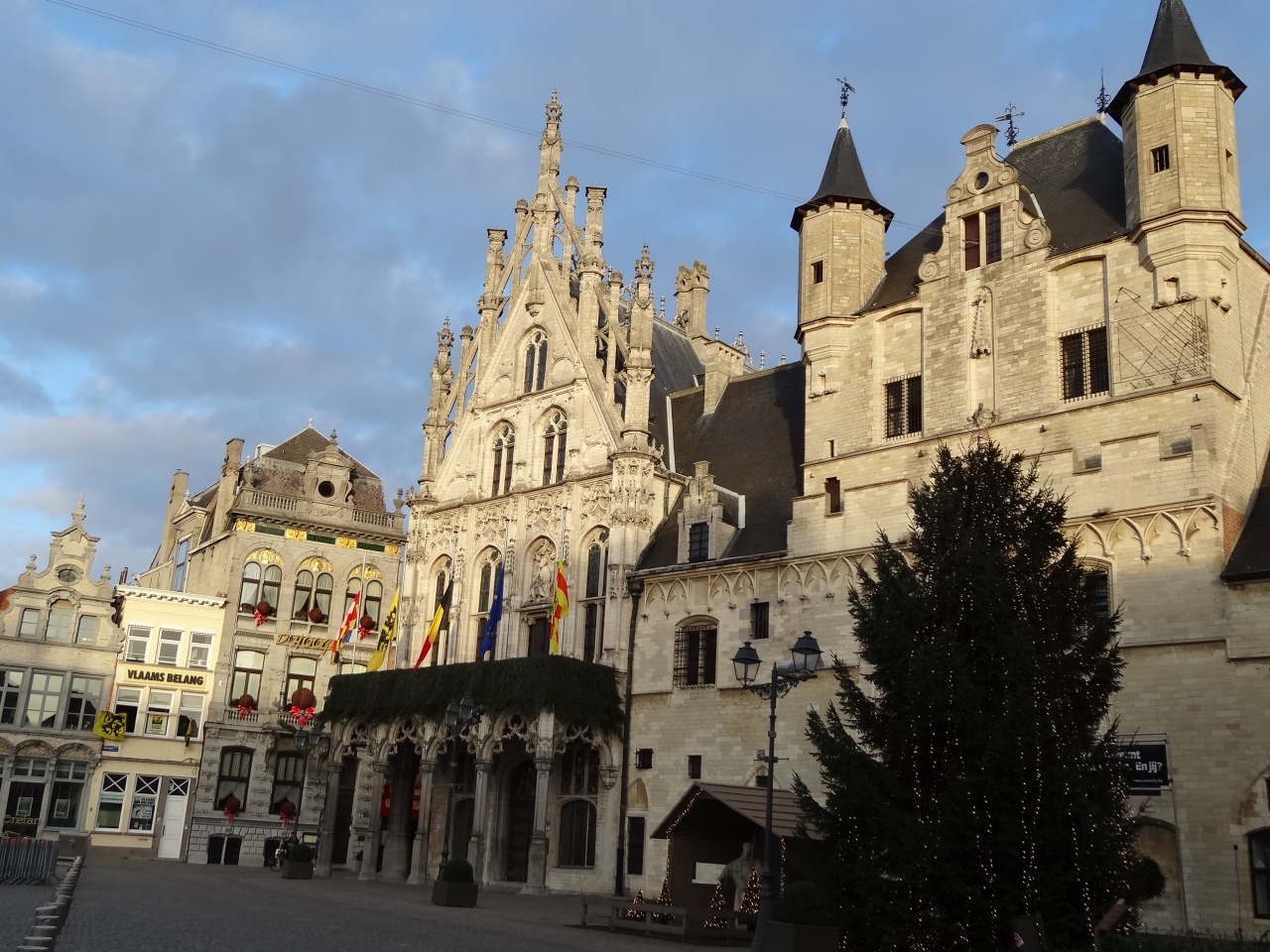 Our local town, Mechelen, in the Flemish speaking region of Belgium, lies between the cities of Brussels and Antwerp. 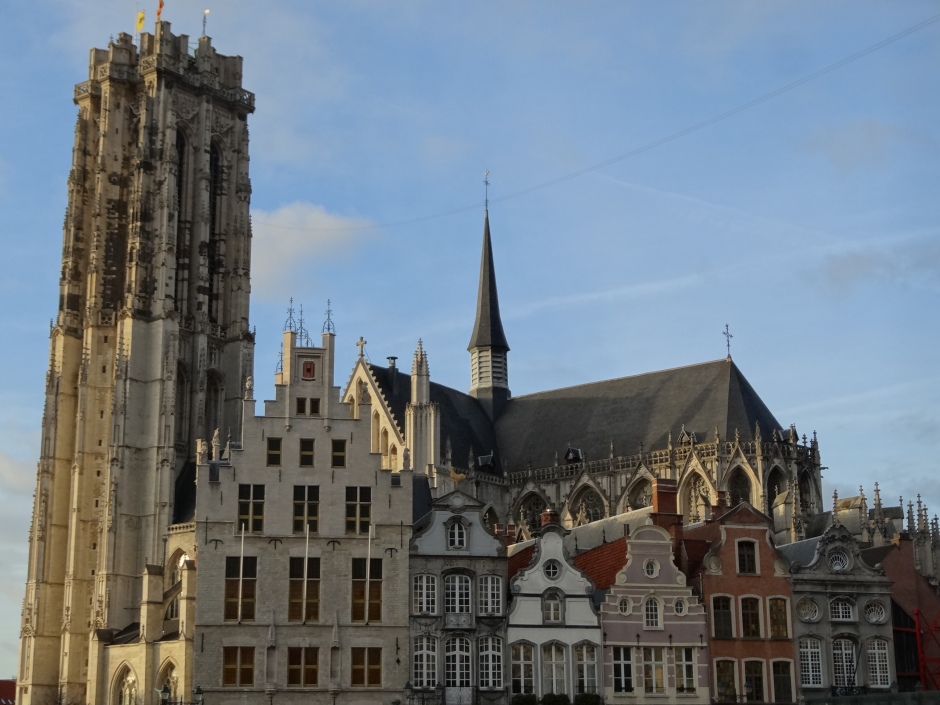 The river Dilje flows through the town and, in summer, is a great place to sit and sample the many local beers. 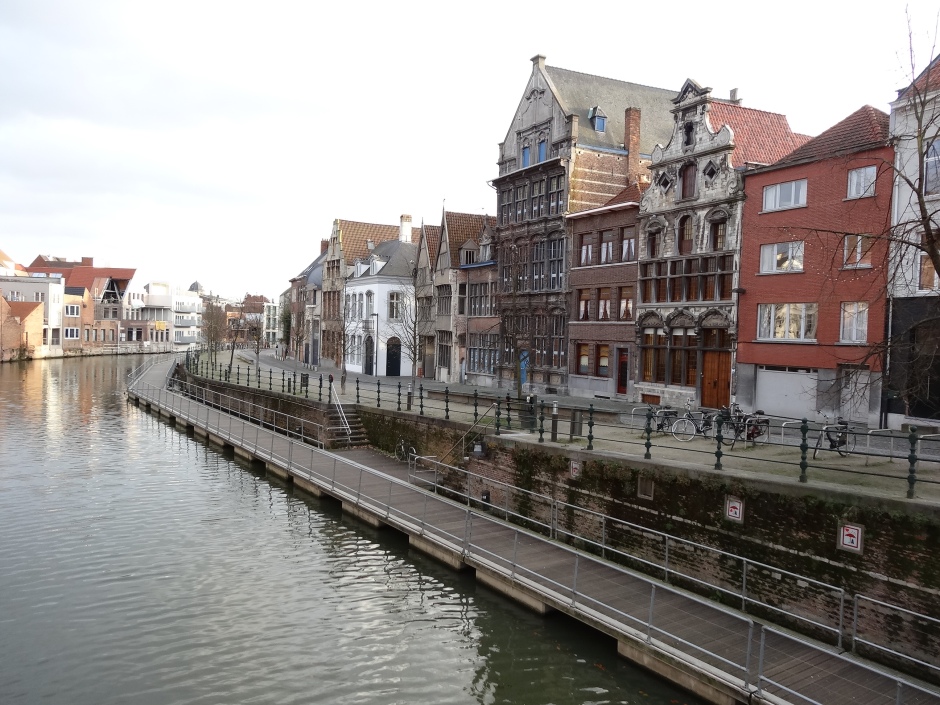 The architecture of the central square, the Grote Markt, is very attractive, much of it dating from the 16th century, though there are later ornate Rococo houses, all overshadowed by the great tower of St Rumbold’s Cathedral. St Rumbold was an Irish missionary, possibly from Iona, who spread Christianity here, 1500 years ago. 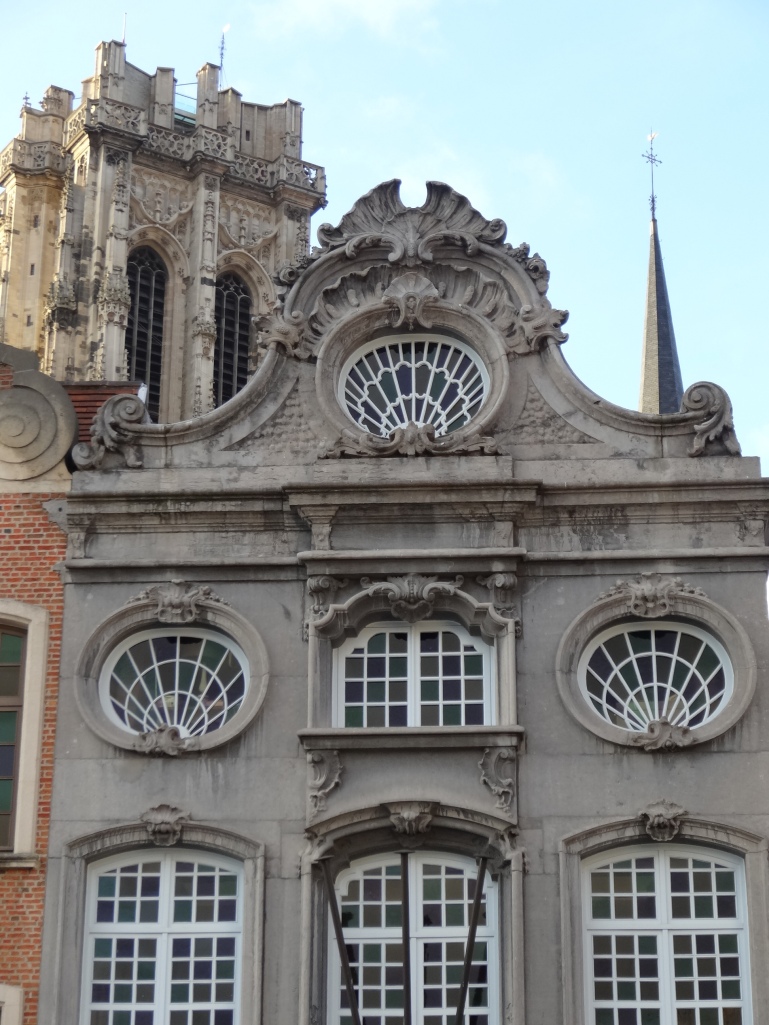 The Town Hall is especially flamboyant 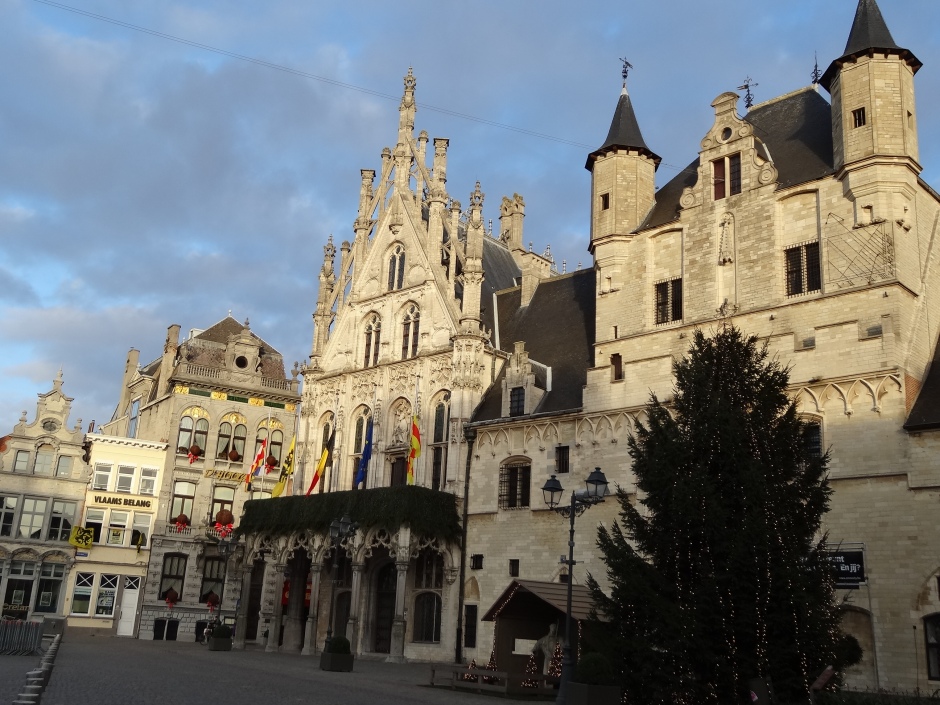 Flemish Christmas traditions begin with the feastday of Sint Niklaas (Santa Claus), St. Nicholas, on 6th December and chocolate shops are busy on the days leading up to it, selling speculoos and chocolate biscuits of St Niklaas and his helper Zwarte Piet, Black Peter. Men dressed up as these characters pass through the villages collecting donations for charity. There are various theories about these two characters – pagan lore, medieval tradition –  but it is a fun and popular time with sweets and cakes at the centre of the festivity and starts the ball rolling for the month ahead. 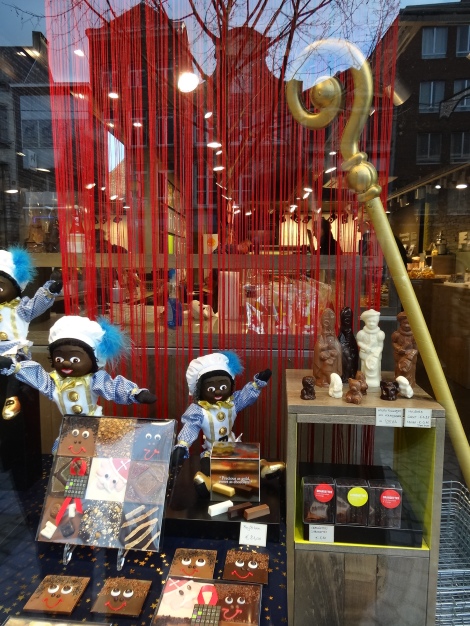 Belgium is rightly known the world over for its wonderful chocolates, but speculoos, spiced sweet biscuits, are traditionally baked in the form of St Nicholas at this time ; speculoos biscuits and spreads, even ice creams, are now available year round, lots of calories I’m sure but delicious. 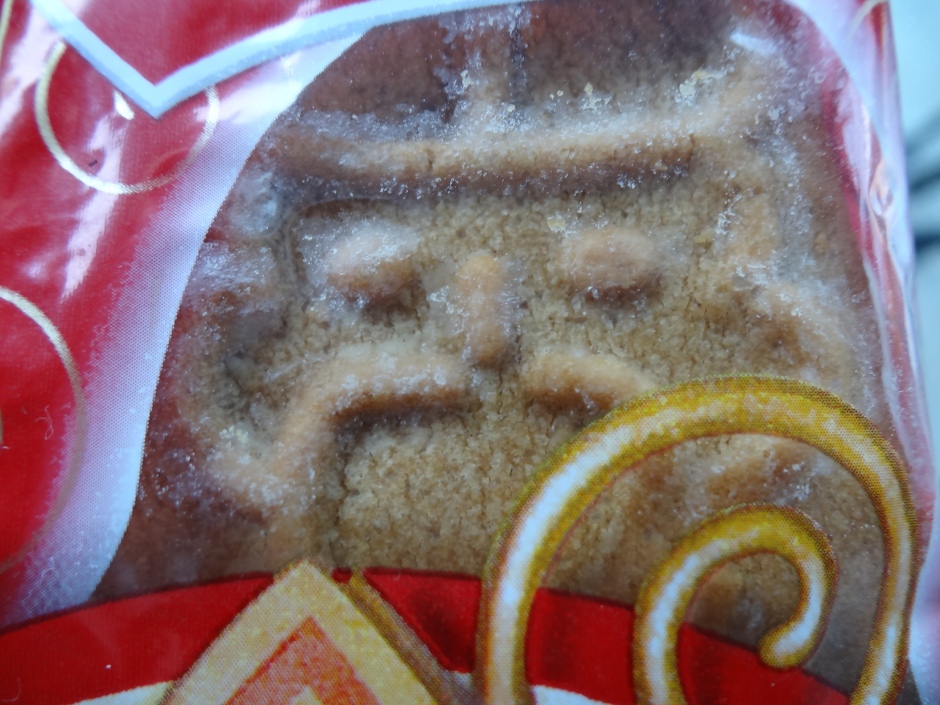 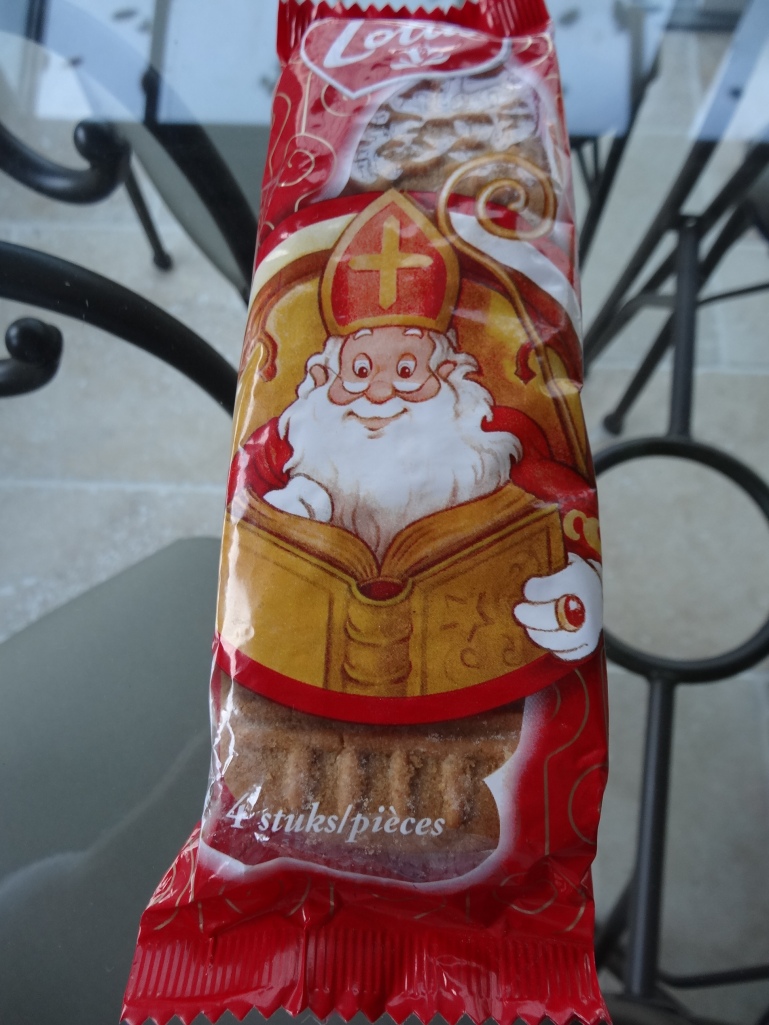 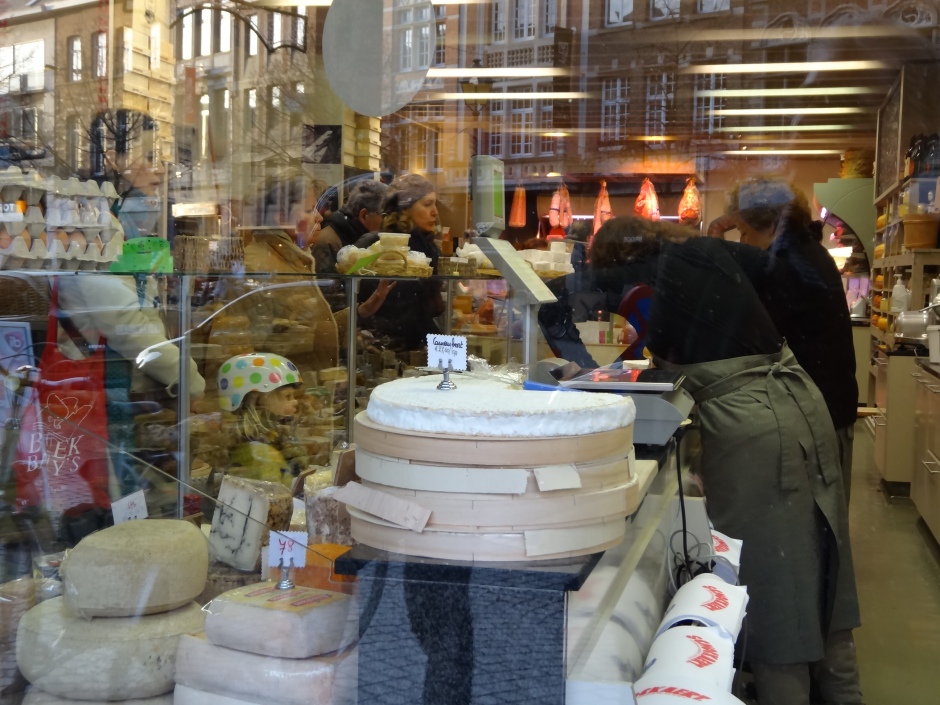 Christmas crockery is out on display 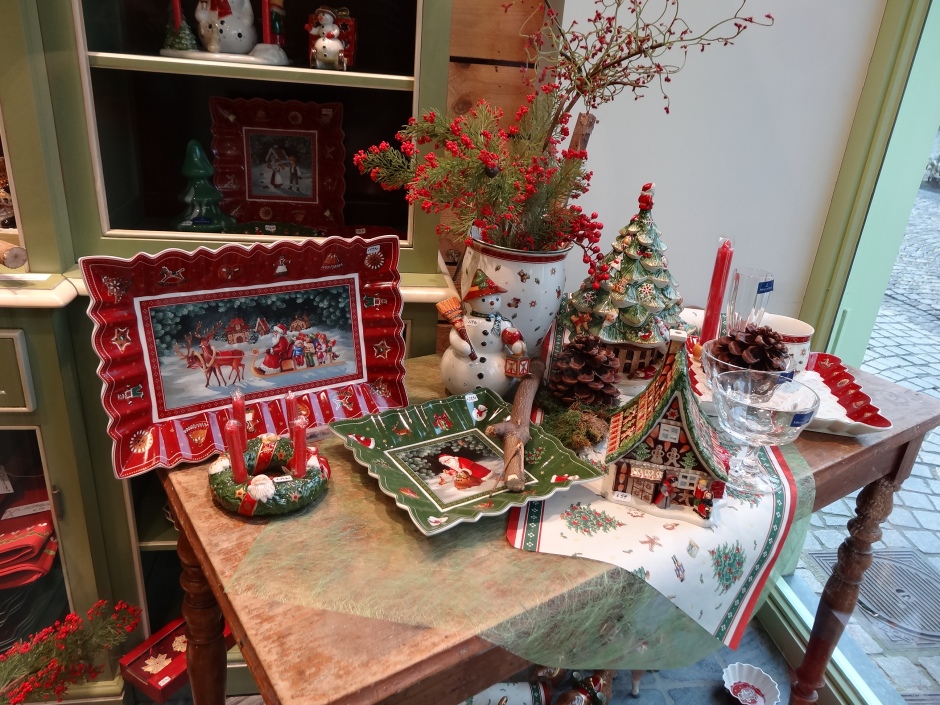 The displays at the flower shops, and even the stalls at the lively Saturday market, are always tasteful, often single colour arrangements… like their gardens –  showing Belgian restraint. 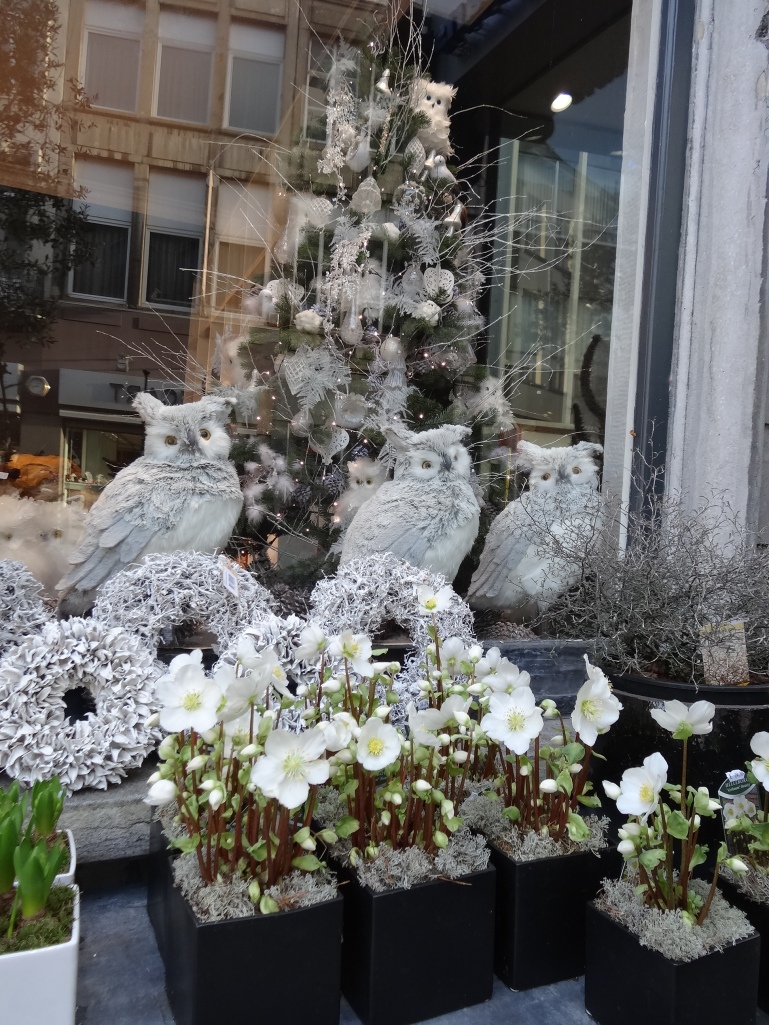 Toys too are distributed to children, though increasingly this is moving to the 25th December.

We are lucky to have several wonderful Flemish towns within half an hour of the house – Antwerp, Brussels, Leuven.. but Mechelen has its own special charm .. not least because it hasn’t been “discovered” by the crowds who invade Bruges, and every visit is a pleasure … no more so than on St Nicholas’ Day. 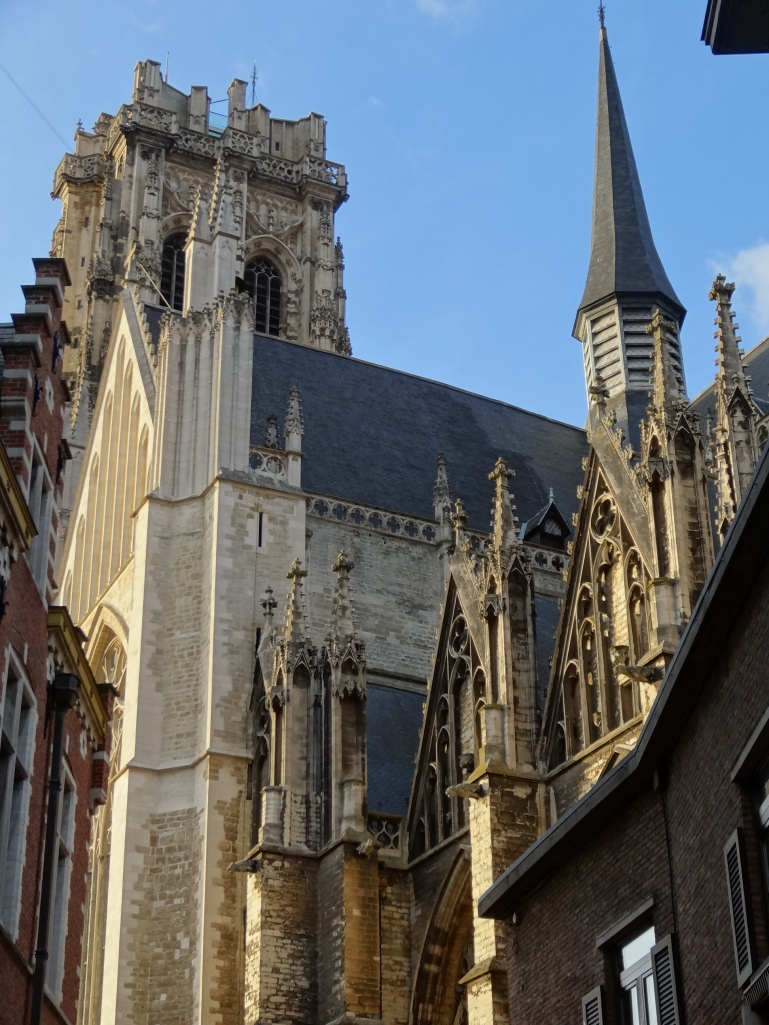 7 thoughts on “A Flemish Christmas.”

Bright flowers tucked in amongst the stone buttresses of the 16th century Church of Saint-Nicholas built into the ramparts of the ancient hilltop village of Pujols. #pujols #lotetgaronne #igersagen #architecture #frenchvillage
Pretty window display on an old stone house. #frenchvillage #pujols #lotetgaronne #igersagen #windowboxes #windowsanddoors #pinkroses
Beautiful birthday roses from @bloomandwild sent by my brother today. Love the colours! 💐🍾🎁 #roses #birthdaygirl #bloomandwild
The view from the lane by the house - the wheatfields are ripening and in the distance the windmill and church of Tourtrès. #frenchcountryside #tourtres #tombeboeuf #lotetgaronne #igersagen
Long lazy hot days of June. Four years ago though June was extremely wet & the workmen battled to create the pool as the hole flooded and the sides collapsed! All well in the end. #frenchfarmhouse #renovation #pool #plage #gardendesign #lotetgaronne #landscaping #renovationproject
Charming house in the pretty village of Montauriol. (Feels good to be out and about again, confinement ends on 2nd June though we’ll still be cautious for some time yet.) #frenchvillage #frenchhouses #lotetgaronne #igersagen #architecture #montauriol
The hydrangeas, particularly the oak leaf hydrangea, doing really well this year, creating privacy for the veranda from the entrance drive. I have put up the bunting made from Malawi fabric which my son gave me, feels festive! #hydrangea #hydrangeaquercifolia #gardens #gardening #veranda #verandaliving #frenchfarmhouse #colombages #mygardenthismonth
Milly, the rescue dog I brought with me from Johannesburg, feels right at home in the barn veranda. The colourful Frida Kahlo cushions on the wicker chairs and the green rug I brought with me from Joburg too. #veranda #verandaliving #tombeboeuf #igersagen #lotetgaronne #oldfarmhouse #colombages #frenchfarmhousestyle
#tbt Four years ago today, we bought this old farmhouse in SW France. The first picture was taken one year ago & the second one 4 years ago today. There is now a swimming pool where the lawn was, flowerbeds and fountain where the road was, the out building has been renovated & provides dining and entertainment space in the shade by the pool, the hedges have been tamed to provide views of the surrounding countryside. A lot of hard work but worth it. Love rescuing old houses and gardens; this is my 14th I think. #frenchfarmhouse #lotetgaronne #igersagen #renovation #gardendesign #tombeboeuf #frenchcountryliving #oldfarmhouse
Poppies by the wheat field beside the house. The 3 cypress trees on the hill often feel like a beacon welcoming us home. #frenchcountryside #lotetgaronne
In the morning light, the view across the valley. #nouvelleaquitaine #igersagen #frenchcountryside #lotetgaronne
The scent from the dark red roses as one passes under the arch is amazing. Rosa “Le Grand Huit”. #roses #redroses #legrandhuit #frenchfarmhouse #igersagen