To most garden designers, leaf form and colour is the key to a successful scheme – the stalwarts who stick it out after the fleeting splendour of spring or summer flowers. This year I have enjoyed using more Heuchera, now available in a variety of tones, their beautiful foliage adding colour and texture over much of the year. 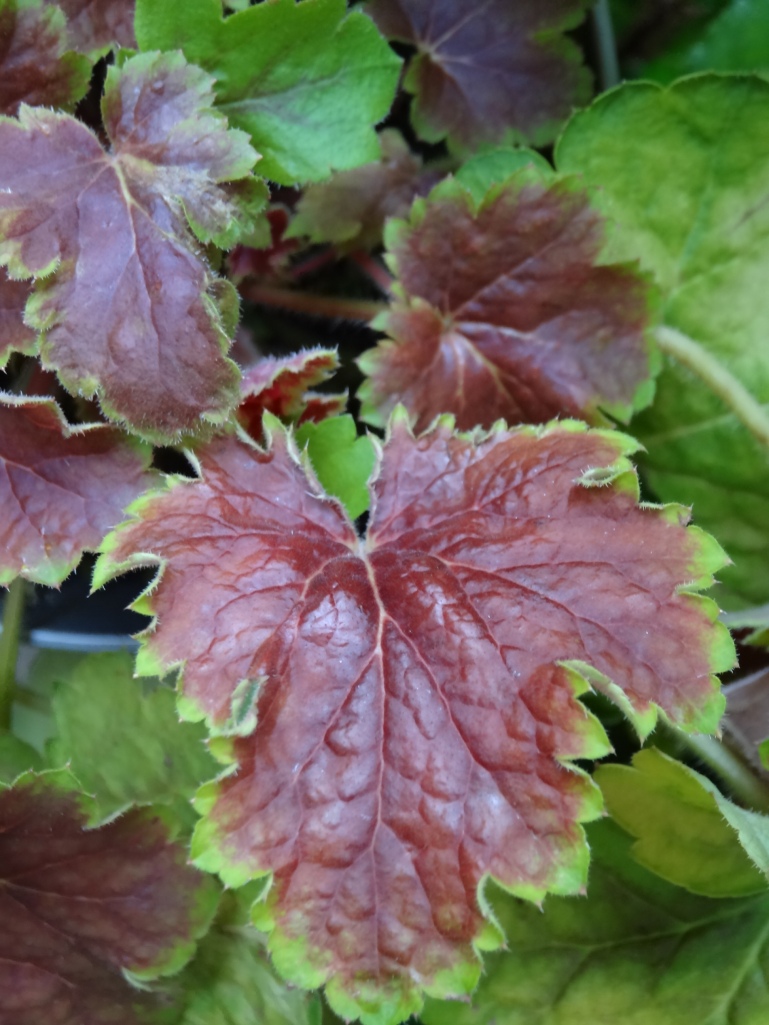 Named after an 18th century botanist, Johann Heinrich von Heucher, (I believe it’s pronounced with a “k” sound and not a “ch” … HeuKera). Its common names are “alumroot” or “coral bells”. These herbaceous perennials are all native to North America. The roots have been used in traditional medicine there as a pain reliever, anti-inflammatory and to stem bleeding.

They are loved by garden designers because of :

There are around 40 species but since the arrival of Heuchera ‘Palace Purple’ in 1980, the hybridising of Heuchera sanguinea has gone into overdrive so that there are many cultivars available today.  Foliage can be matt, glossy or veined with a dazzling display of colours – lime-green, black-purple, brown, gold, orange and there are the delicate flowers as a bonus.

Place the dark foliage Heucheras to enhance the colours of their neighbours such as Cosmos Chocamocha or Alchemilla mollis and the bright lime greens to add a bit of fizz to your borders. 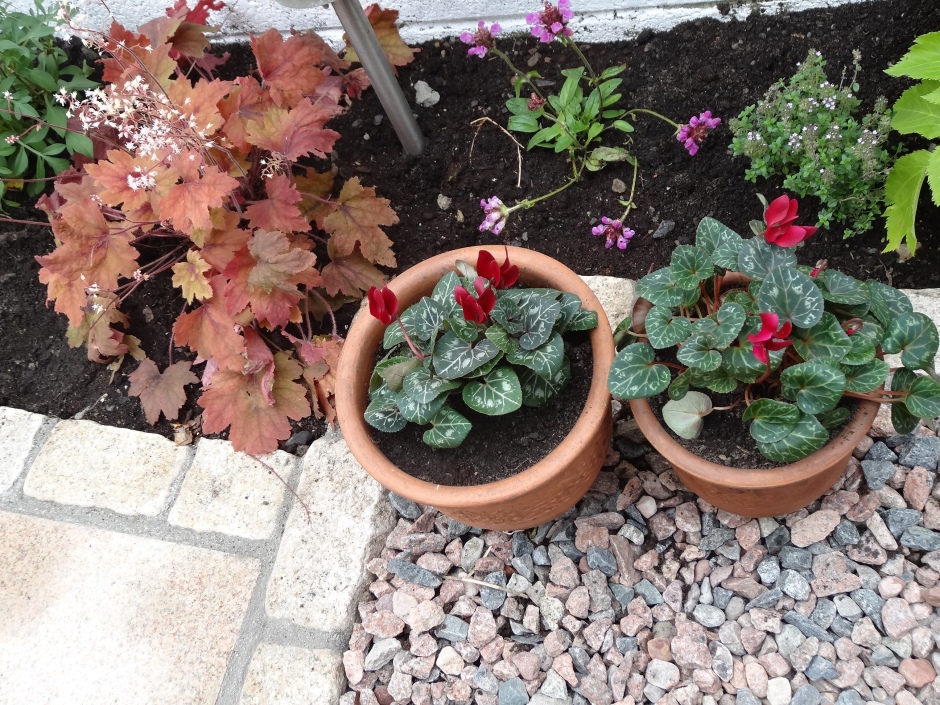 ~ in shade, they look good with hostas, ferns, astilbes and dicentra.

~ in sun, they mix well with hardy geraniums, stipa, achillea, astrantia and iris.

There are so many to choose from in such a range of shades that you’ll always find a spot for one.

I am certainly a fan but for the “hopelessly addicted”,  you can always head for http://www.heucheraholics.co.uk

(All photography mine; feel free to use any of Jardin‘s images but please credit and link back)