A small entrance in a stone wall looks enticing, here in the inner city.  What lies beyond? 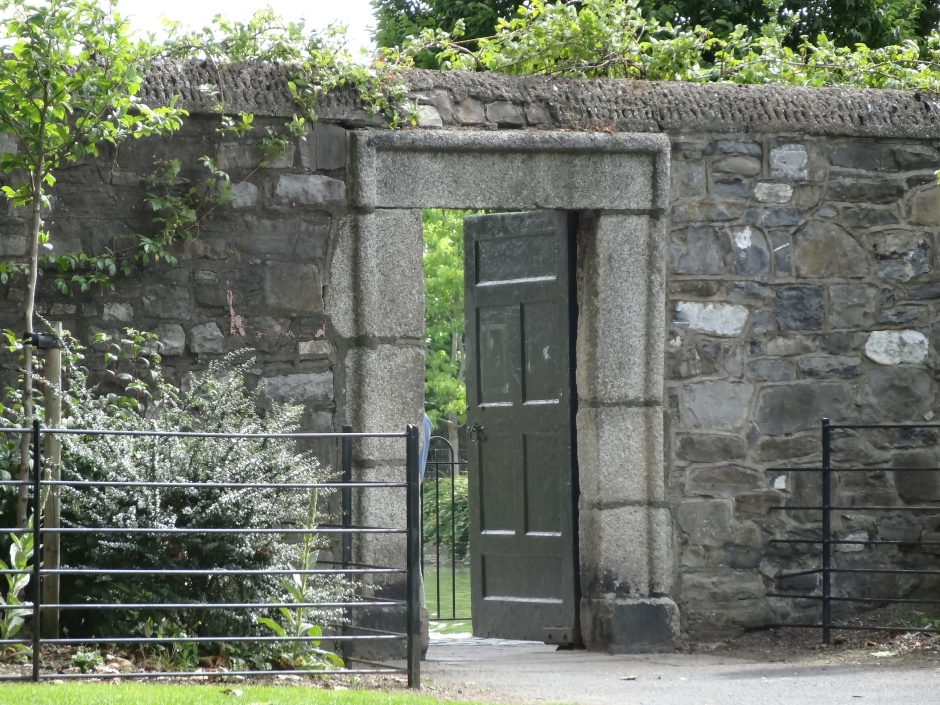 This is Blessington Street Basin, a haven of calm in the autumn light, 5 minutes walk from the city centre. 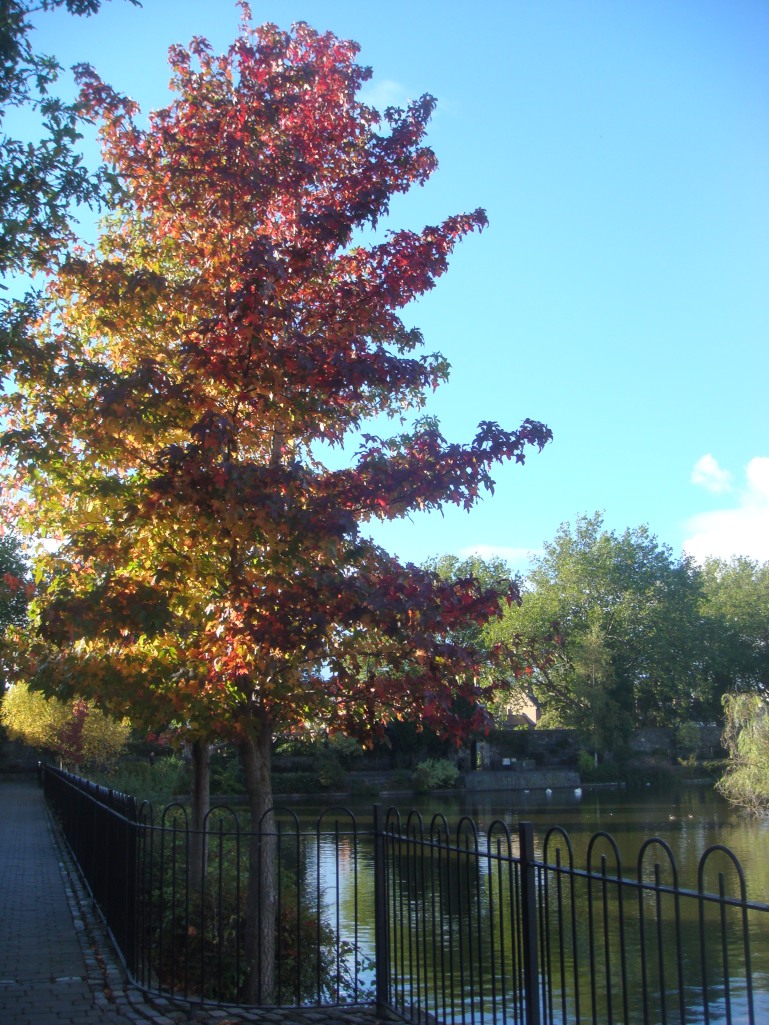 Beautiful autumn colouring of a liquidamber. 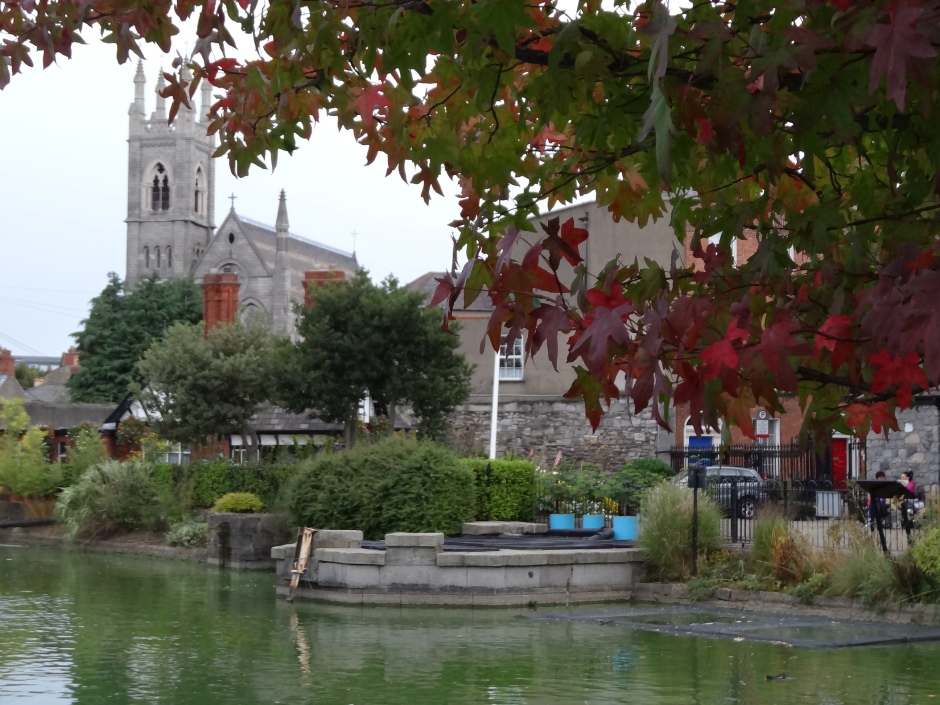 St Joseph’s church from the Basin

Twenty years ago it was rescued from disrepair, railings were erected, shrubs and trees planted and seating bays created.

Sculptures called “Natural Histories” by Austin McQuinn, are found in niches in the walls.

And a bird sanctuary on the island means it’s not uncommon, in this part of the city, to see herons, ducks and swans overhead.

It now offers respite from the city, a lunchtime breath of air from the nearby Mater Hospital and a popular spot for local residents. 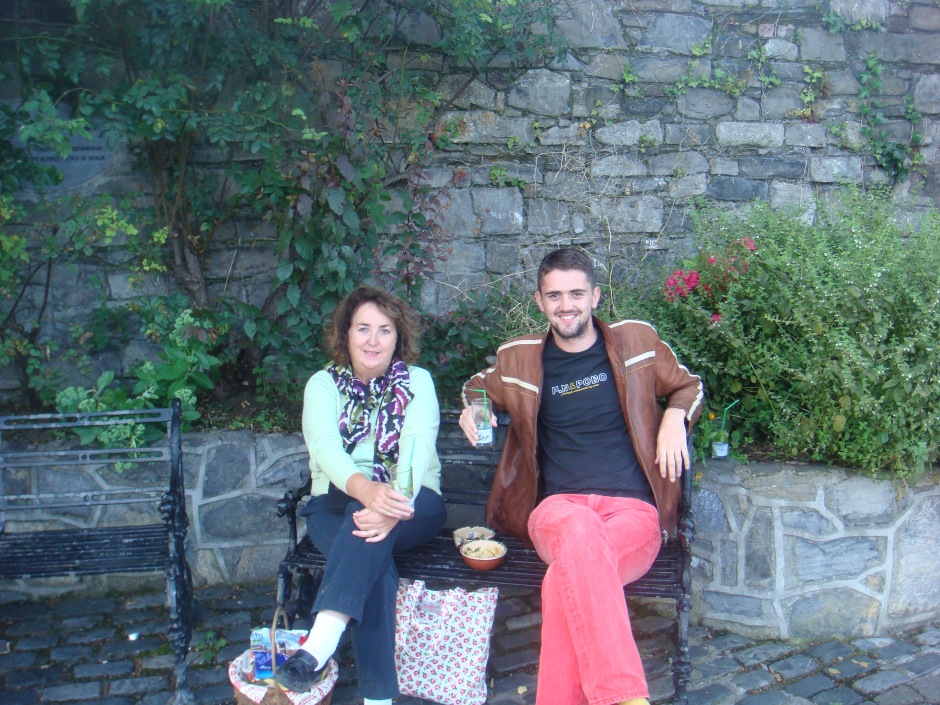 The planting, under the guidance of Head Gardener Ciara, is always exciting  – whatever the season. 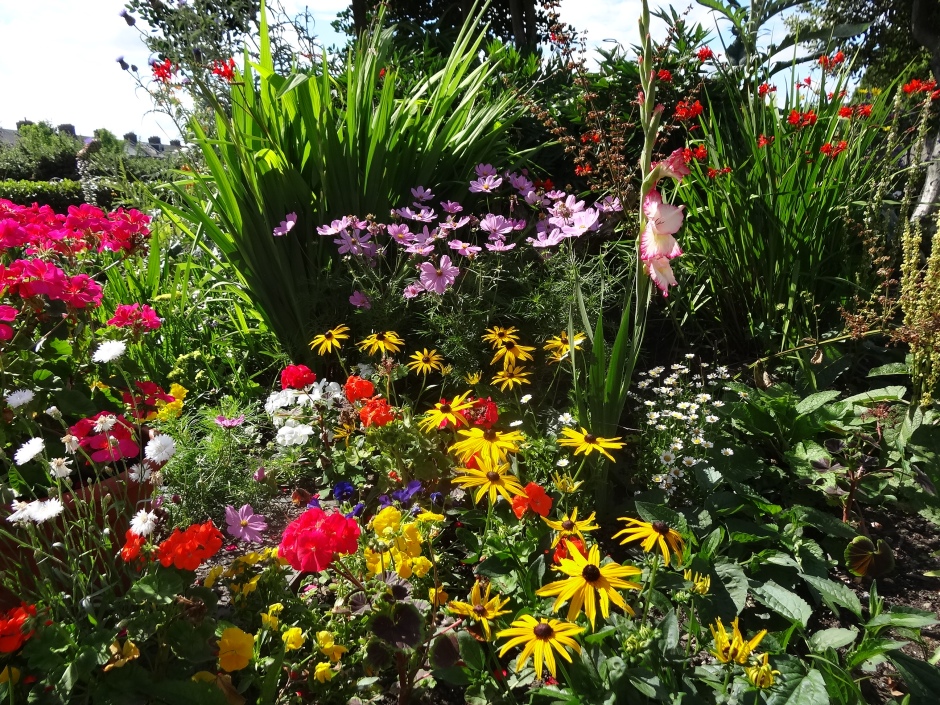 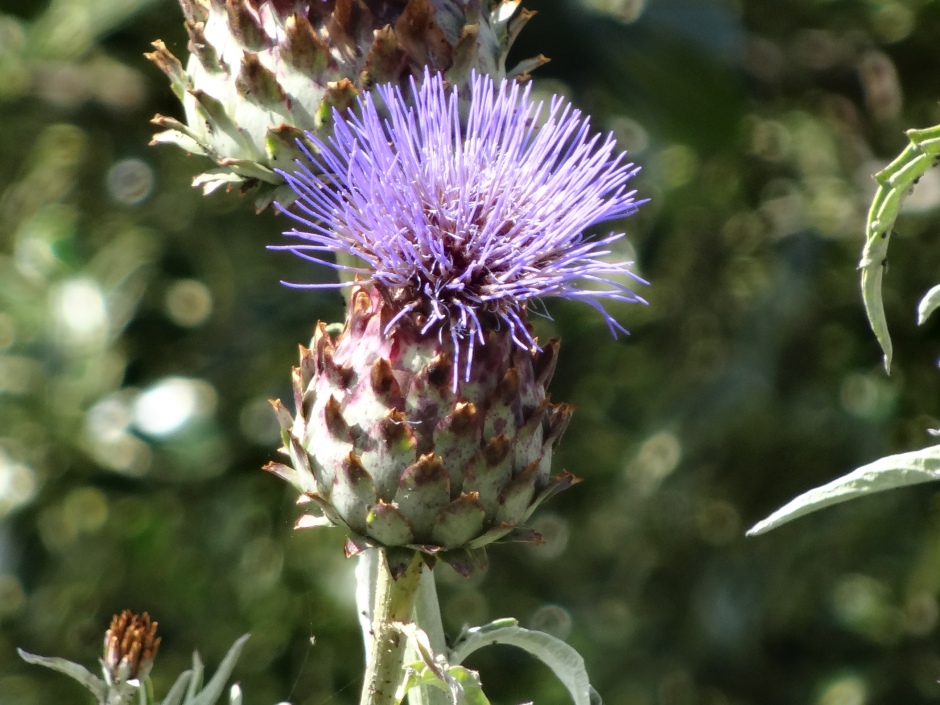 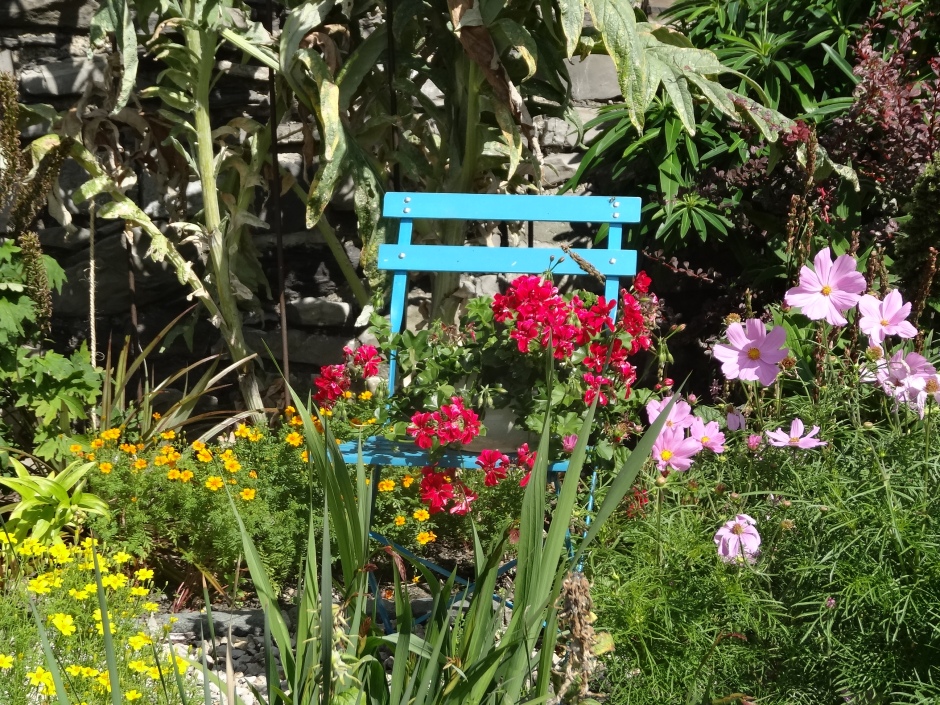 The refurbished  gothic Lodge, built in 1811 for the basin-keeper, is an attractive asset …. 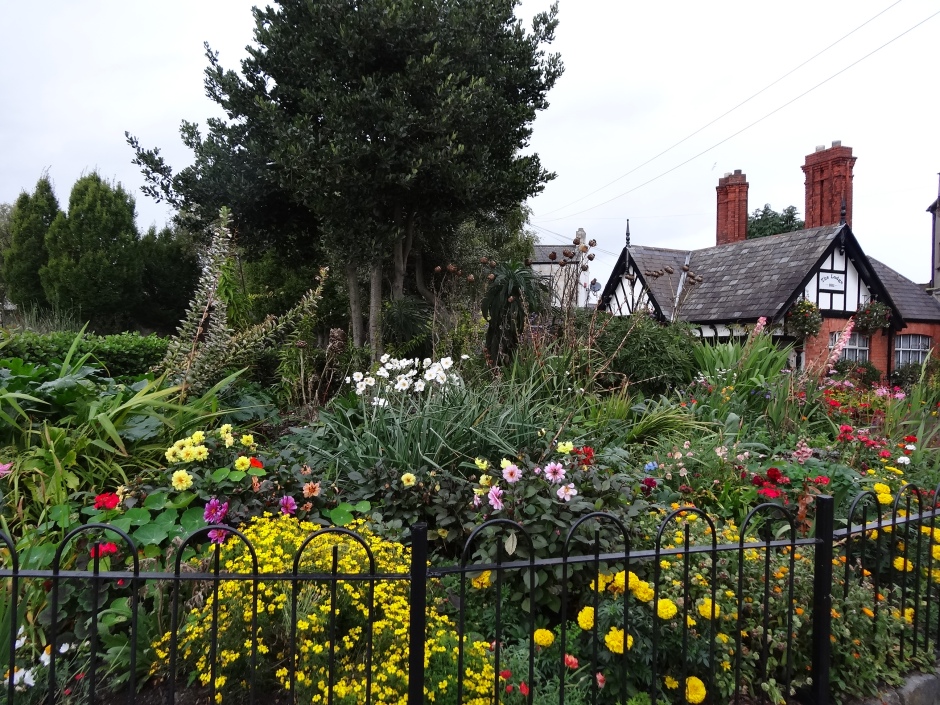 and another opportunity to display plants.

The surrounding streets are full of Victorian and Georgian gems.

In the evening light, on an autumn day in Dublin, mothers push their prams, children feed the ducks, others read the paper or watch the setting sun; it’s hard to believe we are actually in the city centre.