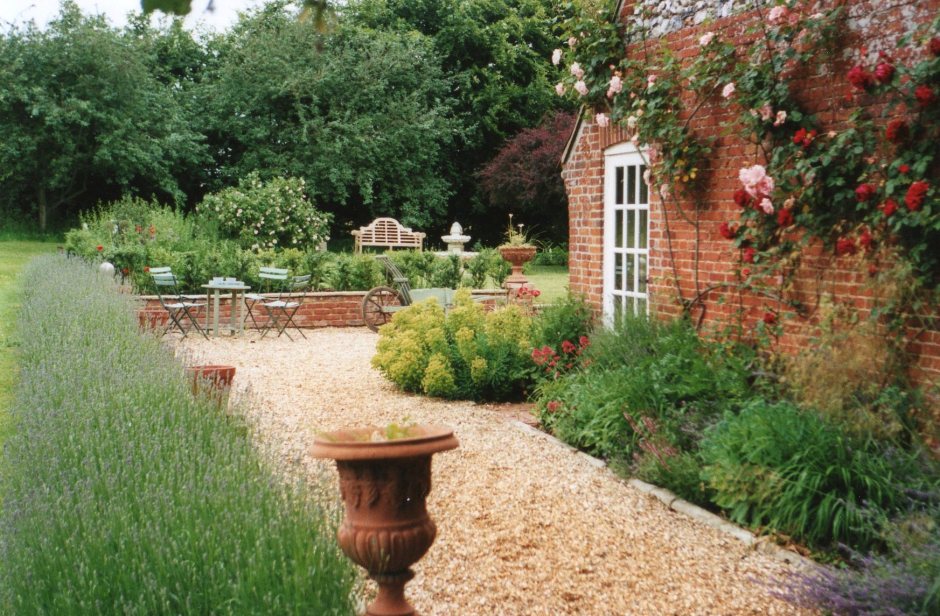 This English country garden surrounds an 18th century farmhouse. The land you see was previously a field, which was levelled and a retaining wall built of reclaimed bricks.

This picture shows work in progress transforming the field. A wide gravel path was created around the house, with a terrace for entertaining, so that the owners would be encouraged to walk out of doors whatever the weather.

A lavender walk was created along the path, its colour reflected in the painted French park chairs. Steps, just visible, lead up to the fountain garden with Lutyens bench.

The owner wanted cottage style planting  so we used perennials such as lupins, astrantia, aquilegia, penstemons , including plants attractive to bees such as  lavender, scabious, sedum, agastache, achillea , erysimum and verbascum.

More structural plants include a variety of euphorbias, swathes of grasses such as Miscanthus and Stipa gigantia, Agapanthus and Phlomis as well as evergreen structure provided by shaped yew and box.

A smaller shaded garden was created in the old farmyard in front of the ancient outhouses, the soft planting backed by structural shrubs such as Cornus controversa, the lovely “Wedding cake tree”, creating a suitable setting for a garden in the countryside. 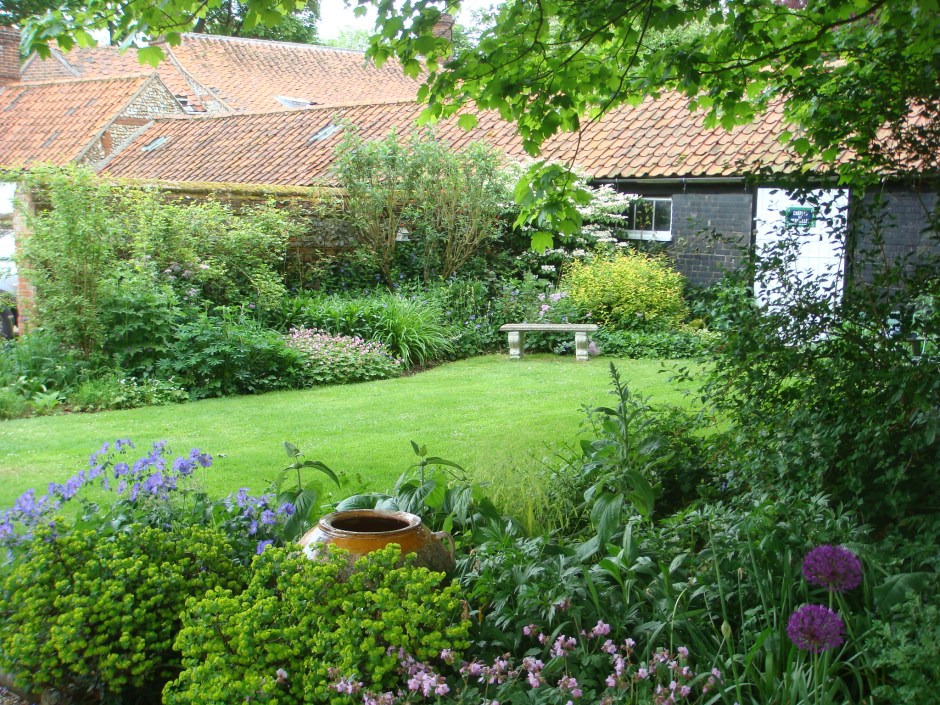 9 thoughts on “Making a Country Garden”

Long summer evenings, an end to curfew here in France, and so it’s lovely to be able to sit in the shade and enjoy a meal again with friends.
My #SixonSaturday flowering today in my garden - nasturtium, verbena bonariensis, hemerocallis, abutilon, coreopsis and geranium ‘Rozanne ’.
Storm clouds brought much needed rain to the garden last night. On the left of the picture is an opensided outbuilding with an outdoor kitchen and where we often eat in the shade... and sometimes out of the rain!