This is the sort of urban initiative that we all dream about but is actually being achieved in Norway. The Oslo Garden Society, working with the municipal government, individuals, schools and private companies, has created the world’s first bee highway – a network of feeding stations and shelter every 250 metres in a corridor across the city.

We all know the consequences of the decline of the bee population – in parts of China, farmers are resorting to pollinating plants by hand and in some parts of the US, bee hives are hired by food producers so that their crop can be pollinated. Some reports indicate that the US has lost 42% of its bee population. In Europe, one third of our wild bees are in serious decline. Intensive farming, use of insecticides, climate change are all cited as causes. 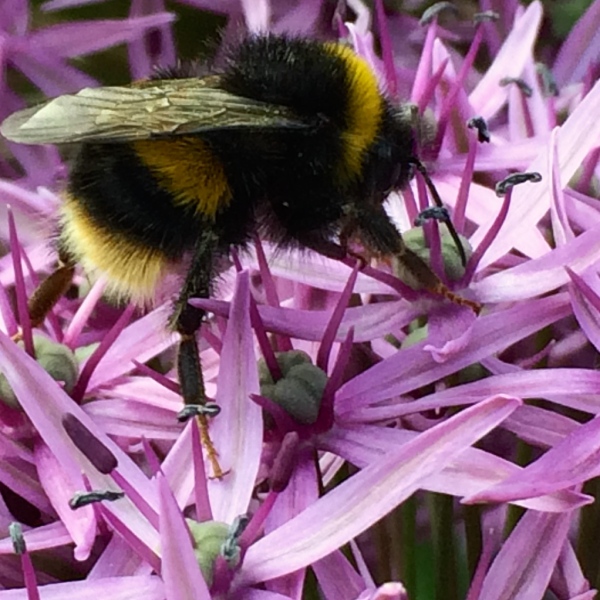 Urban areas can be like deserts for bees with few nectar-rich flowers to feed on. There have been many individual initiatives across our cities. Here in Dublin, there has been an increase in roof gardens, community gardens and even bee hives cropping up on roof tops, but the efforts can seem like a drop in the ocean … or a leaf in the desert of concrete and tarmac. Luckily we have many city parks and there has been a move by the Parks Dept to increase plants for pollinators and areas of meadow. 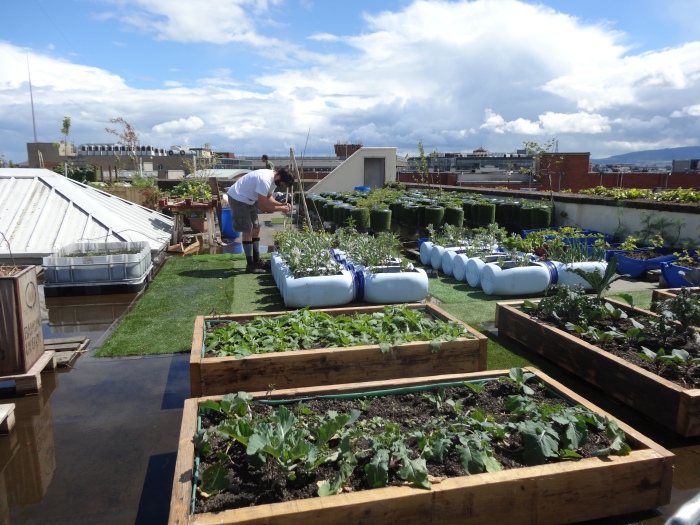 What makes this scheme in Oslo so exciting is that it is community based and effectively planned and monitored. Bybi (Bee Town), an environmental group concerned with urban bees, has developed an app, polli.no  which enables users to map the areas where there is a need to plant more flowers. People are being encouraged to fill these gaps with flowers rich in nectar and place  bee “hotels”, on their balconies and roofs.

Of course, governments need to get on board with banning pesticides and garden centres should be working towards labelling genuine “bee friendly plants”, ie, free of chemicals.

All this will take time, which the bees may not have. But I do believe we can all do our bit.

Well done Oslo – hope many more cities will be inspired!

Insect Hotels : What, Why and How.

Blue shutters #verteuildagenais #shutters #blueshutters #lotetgaronne
In the evening light the ghostly shape of a pollarded tree, a common practice throughout the region, near the Mairie in this ancient nearby village. #frenchvillage #verteuildagenais #pollardedtrees
More scenes from the ancient streets and lanes of Prayssas. #Prayssas #lotetgaronne #igersagen #frenchvillage
In a village of winding medieval lanes and high stone walls, someone here has managed to carve out a little garden at the foot of their stone steps. #frenchvillage #medievalvillage #courtyardgarden #prayssas #igersaquitaine #lotetgaronne
More January flowers along the footpath ...
A beautiful iris flowering in the January sun along the footpath in a neighboring village #lotetgaronne #stbarthelemydagenais
Even in January there are roses flowering against the warmth of old stone walls. #roses #pinkroses #winter #igersagen
Sunset across the valley from the medieval hilltop village of Montastruc looking towards the medieval Camino village of Monclar. #montastruc #lotetgaronne #igersagen #sunset
The house bathed in a warm sunset glow tonight #lotetgaronne #igersagen #tombeboeuf #oldfarmhouse #frenchfarmhouse #sunset #wintersunset
Low maintenance succulent window boxes along the streets of Agen. #frenchhouses #agen #igersagen #windowbox #succulents
Wandering around the medieval streets of Agen today I was fascinated by the many heavy old door knockers. (A town full of history - Nostradamus practised as a physician here in the 16th century). #Agen #igersagen #doorknocker #doorway #windowsanddoors #lotetgaronne
Evening light along the lane last night. #eveninglight #lotetgaronne