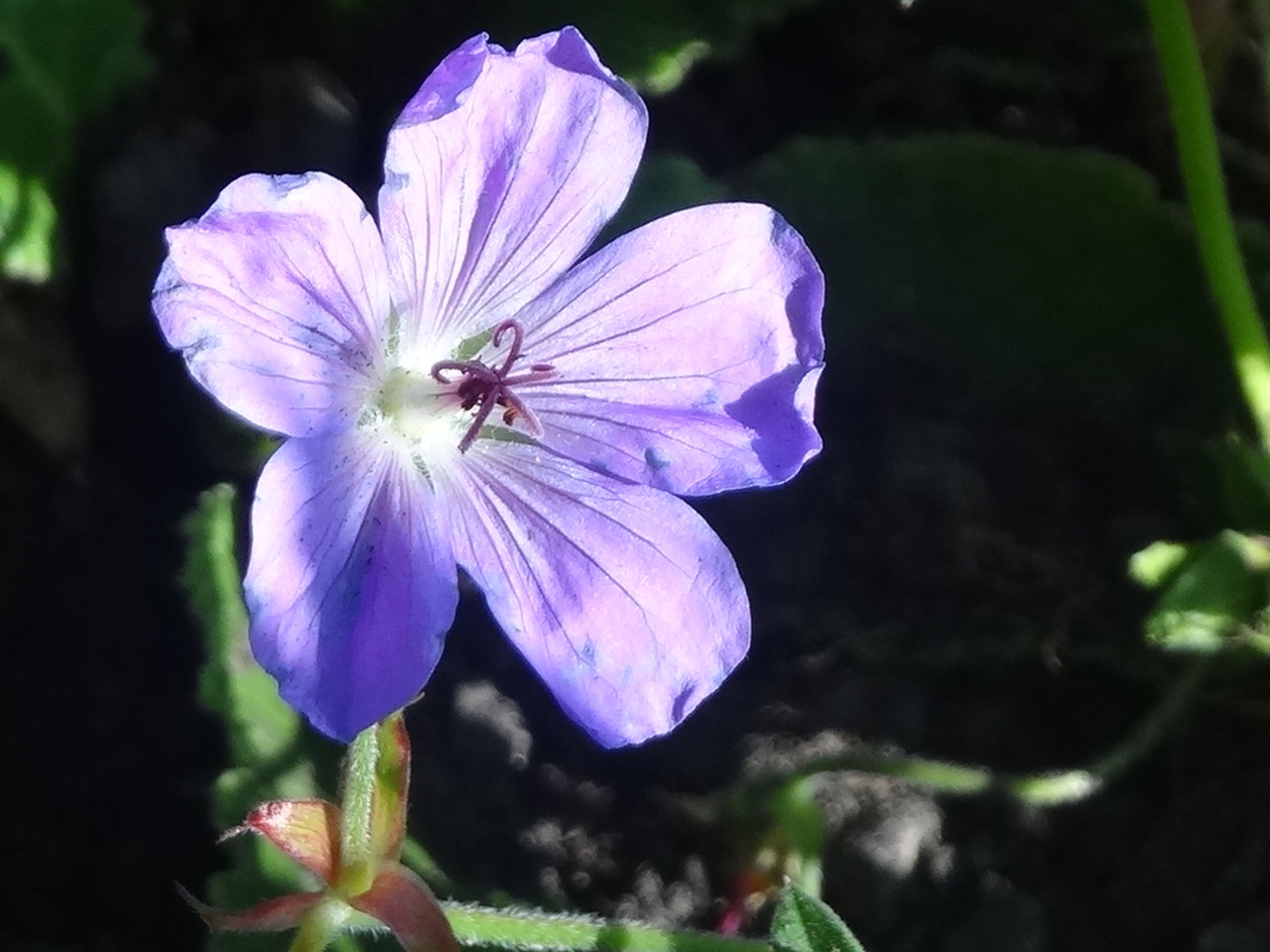 As the growing season of 2013 slows , I like to look back at the successes of the past year and Geranium ‘Rozanne’ gets my vote for being my best performing plant.

Not showy, compared to other stars, yet steadfastly flowering now for six months.. always reliable, a great mixer and I love the colour.

Geranium, or Cranesbill, are a genus of around 300 species and are generally very tolerant of all but the most waterlogged of soils and most are tolerant of some shade.

Confusingly, the name geranium is the common name applied to the genus Pelargonium; so to distinguish between the two, we refer to the “hardy geranium”.

Hardy geraniums are extremely popular in Britain  and Ireland for a reason – they are easy to grow, generally easy to propagate, useful as ground cover or to knit together disparate elements in the border. They come in a useful array of pastel shades –

These have all been awarded the Award of Garden Merit (AGM) by the RHS, and there are many other Geraniums to choose from.

To get this Award a plant must be : 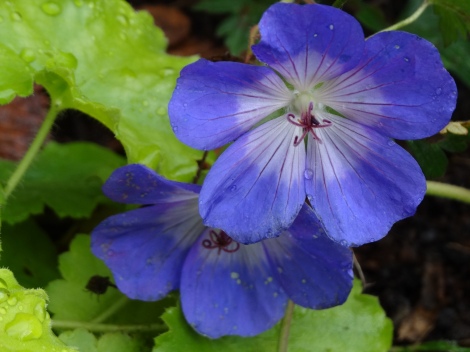 Geranium ‘Rozanne’ is a cultivar which also won the coveted AGM and, for me, its two best qualities are the length of its flowering season and its lovely colour, a lilac-blue with pale centre. Geranium ‘Gerwat’ is its registered cultivar name and if you find Geranium ‘Jolly Bee’, it has been declared by the RHS as identical.

So here we are in late November, true, not much frost to speak of yet, and ‘Rozanne’ is still going strong.

Earlier in the season she mixed well with the purple Liatris spicata and Penstemons,

Now her lax attractive foliage has spread to encompass other late flowers like Sedum and Schizostylis.

or , after a downpour, with Heuchera ‘Key Lime Pie’ 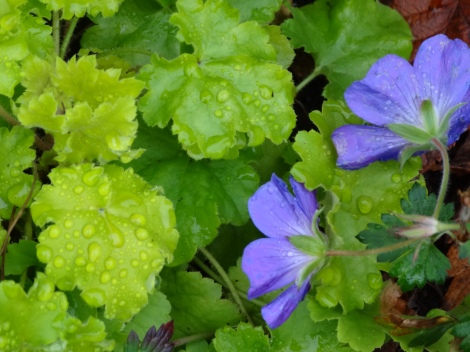 25 years ago, Mrs Rozanne Waterer discovered this plant at the bottom of her garden, hence its lovely name. I have a dear French friend called Rozenn and I think of her whenever I look at its lovely flowers. 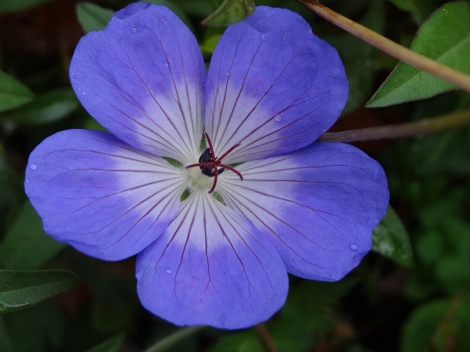 Geranium ‘Rozanne’ made its first appearance at the Chelsea Flower Show in 2000. Now, celebrating its Centenary this year, the Flower Show declared ‘Rozanne’ as its Plant of the Century after a vote for it  by 7000 RHS members.

As you can imagine, I would quite agree.